The new era of the iconic silver eagle has landed! CoinCertified is excited to be offering this beautiful 2021 Silver Eagle Landing Type 2 First Strike PCGS MS70. This coin is Hand Signed by Emily Damstra and sculpted by Michael Gaudioso. PCGS’s encapsulation guarantees the coins MS70 (perfect 70) condition. What makes this coin so special is this is the first year the U.S. Mint is using Emily Damstra’s design of her new Eagle Landing on the reverse of the silver eagle. The new Type-2 reverse depicts a beautifully detailed eagle in flight preparing to land, with a branch of oak clutched in its talons. Since 1986 (for 36 years) the U.S. Mint has struck the same design for the beloved American Silver Eagle, until now. Don't miss out on this important piece of American Silver Eagle history.

*Please note that this coin is a presale item. We are expecting these coins to arrive in mid-July. 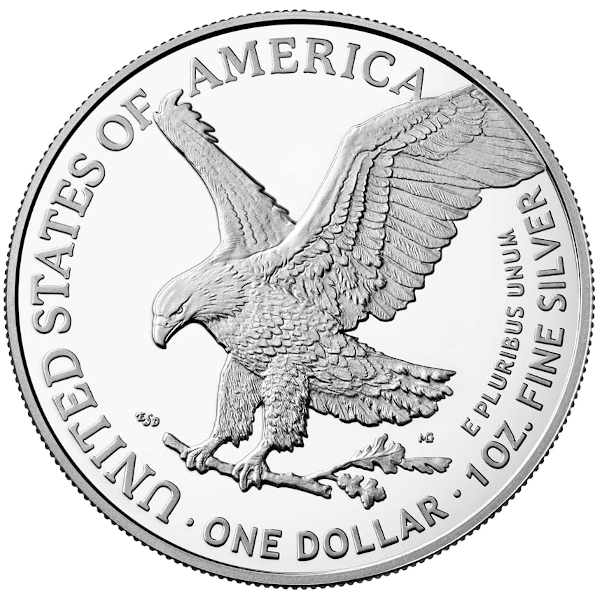 The American Silver Eagle is the official silver bullion coin of the United States first released November 24, 1986. American Silver eagles are only struck in the one-troy ounce size, which has a face value of one dollar and is guaranteed to contain one troy ounce of 99.9% pure silver. The Silver American Eagle coins were minted at the San Francisco Mint from 1986 – 1992. From 1993 – 2000 the coins were minted in the Philadelphia Mint. In 2001 the Silver Eagle production moved to West Point where the minting is still done today. Adolph A. Weinman designed the obverse known as The Walking Liberty and Emily Damstra designed the reverse.